For a few weeks now we have been in conversation with a wonderful chap called Rav.
Rav contacted us asking for Durdledoor proposal photographs. We were more than happy to oblige.

As you know we love shooting down the road on the Lulworth Estate. We are Lulworth Castle’s recommended wedding photographers. So it was with great joy that we received official permission to capture Rav and Charlotte’s proposal photographs at Durdledoor.

Durdledoor’s sea archway is ”The world’s most famous rock arch”. With the azure sea, orange sands and white cliffs as a backdrop it is a perfect choice of location to get down on one knee.

Rav was hoping to execute his marriage proposal during a Dorset mini-break from the midlands. So co-ordination and timing were everything. We formulated a plan where he and his lovely girlfriend would be photographed from the moment they arrived.

Two main things affected the plans. The availability of the ring, which arrived in the nick of time. And the weather. Our first selection of date saw heavy rain and strong winds. So we diverted to plan B, a couple of days later which promised clear skies and Autumnal sun.

There is only one time you can visit Durdledoor (by car) without any people around. That is the moment the gates open in the morning. Even then groups of tourists can be abundant for Durdledoor proposal photographs. 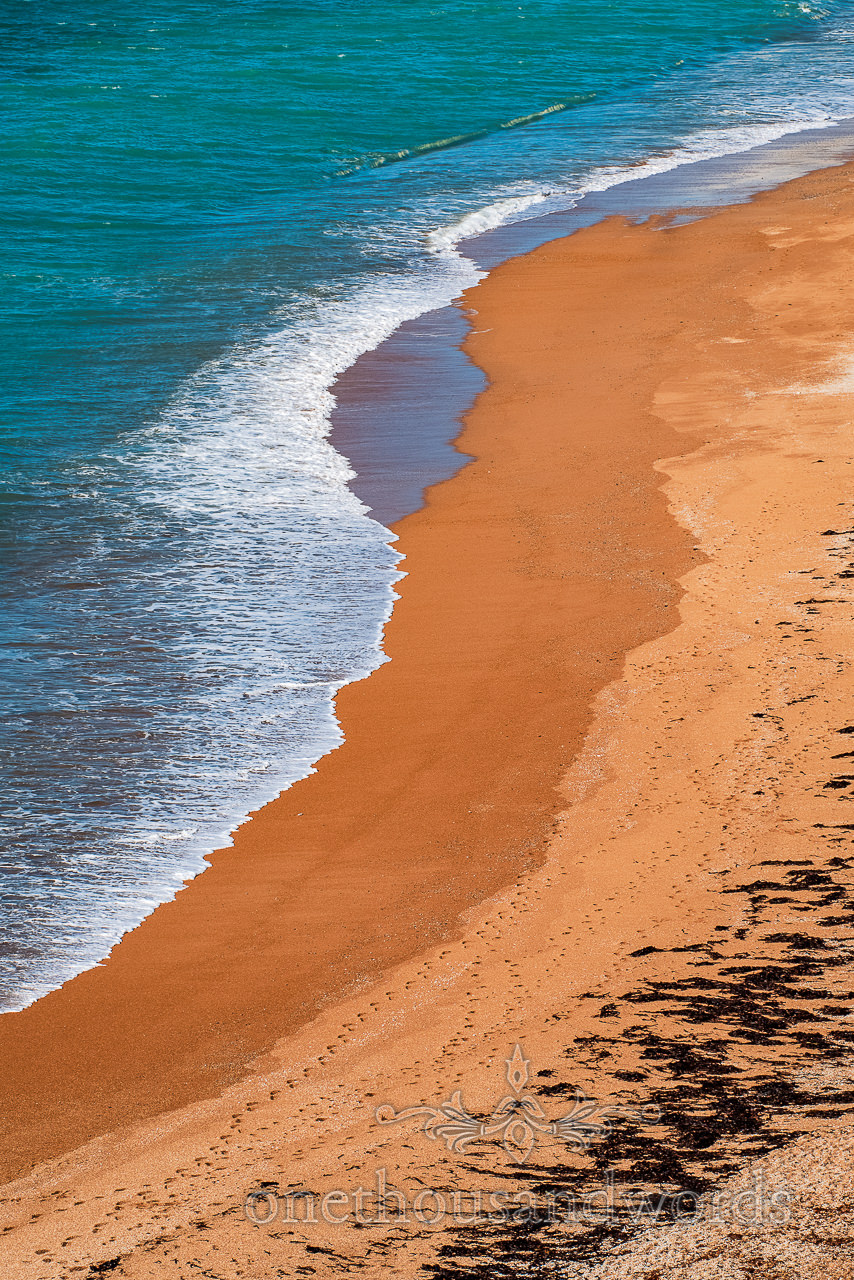 With this in mind, we were the first ‘on-scene’ on a sunny but windy Friday morning.

We yomped down the coastal path to the ledges overlooking the beach. Here we waited for the happy couple to arrive.

Pretending to take pictures of each other meant that Charlotte was unaware we were actually focussing on her and Rav.

Staying just behind or ahead of the guys meant that we couple capture them from several different angles. Walking down to the beach and admiring the views, Charlotte was none the wiser.

We noticed that Rav seemed to be drinking a lot of water. It’s hard to predict how nervous one will get when proposing and Rav seemed to have a case of a dry throat!

On the beach, we positioned ourselves with easy views of the couple and the stone archway in the background. With a quick look, Rav made eye contact to let us know that he was about to propose and we got into position.

He pulled a ring box from his pocket, dropped to one knee and asked the love of his life to marry him. She said yes and we had our Durdledoor proposal photographs.

We gave them some time to be alone, hugging and kissing on the beach. Next, we introduced ourselves and asked if they were OK for an impromptu engagement shoot.

Looking back at our photo’s timestamps the proposal itself took less than 10 seconds! So we re-enacted it at a more relaxed pace.

By now the beach had started to fill with tourists so we took a stroll along the shoreline.

We followed Rav and Charlotte back up and over the steps to the neighbouring Man O’war Bay. This provided a little more privacy and shelter with different stunning scenery for their Durdledoor proposal photographs. 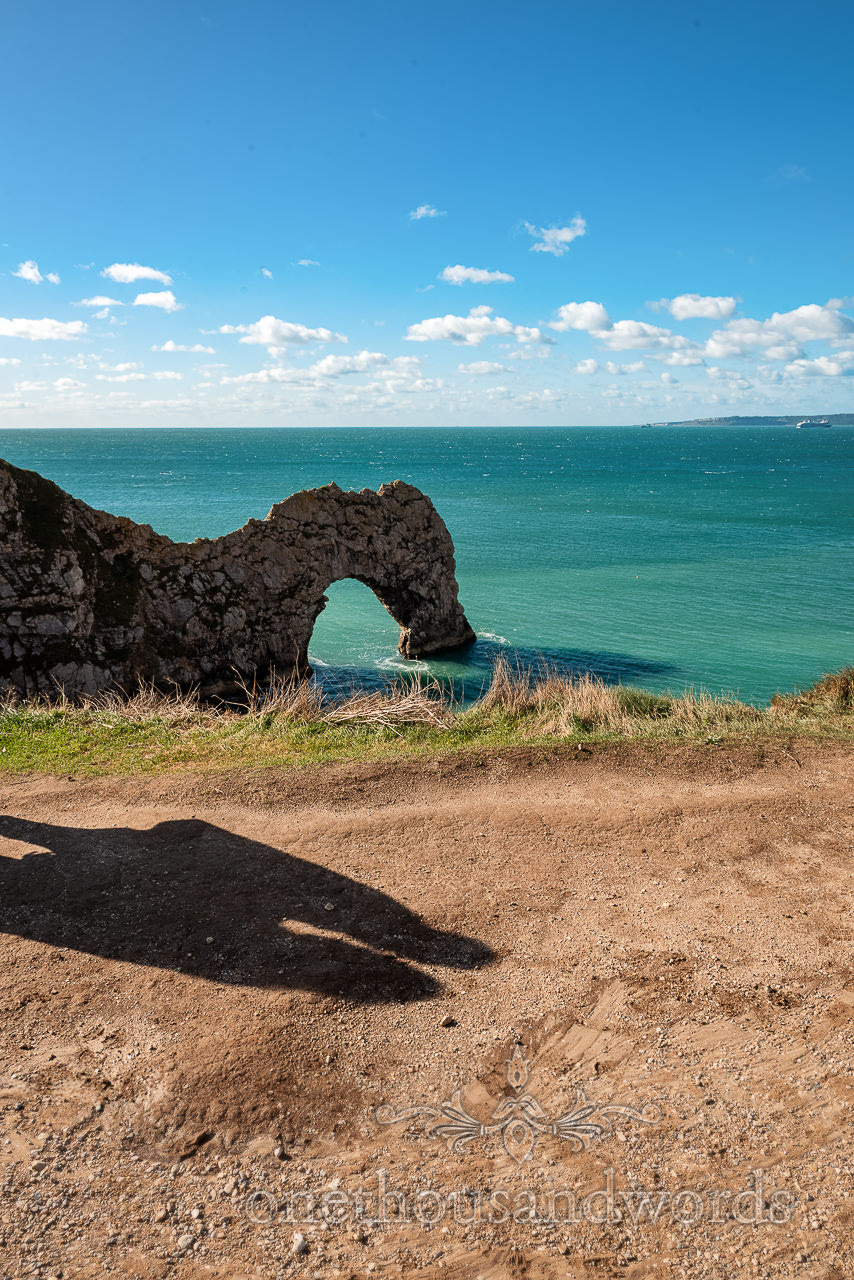 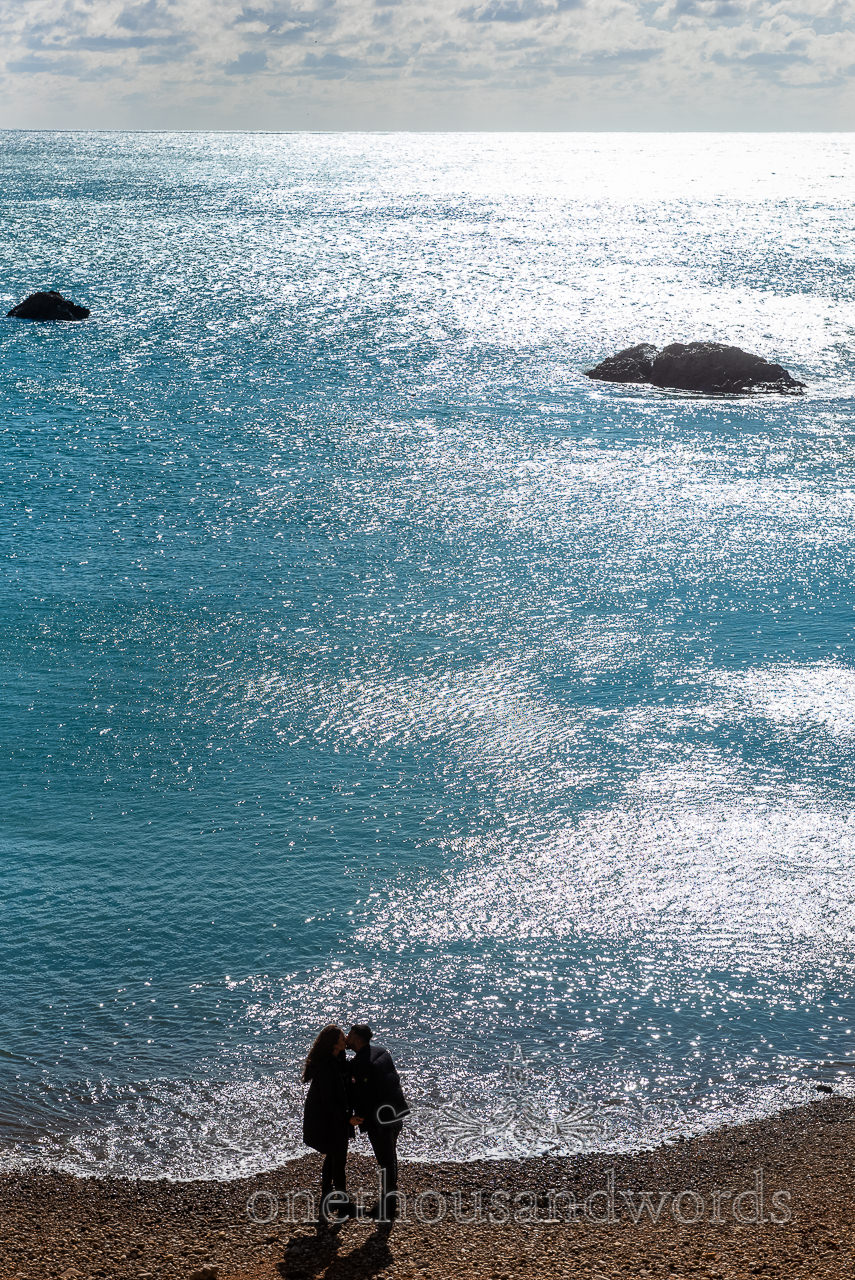 Here Rav and Charlotte were inseparable. We captured some wonderful images of them with the rock formations jutting out into the sea and up the cliff faces. 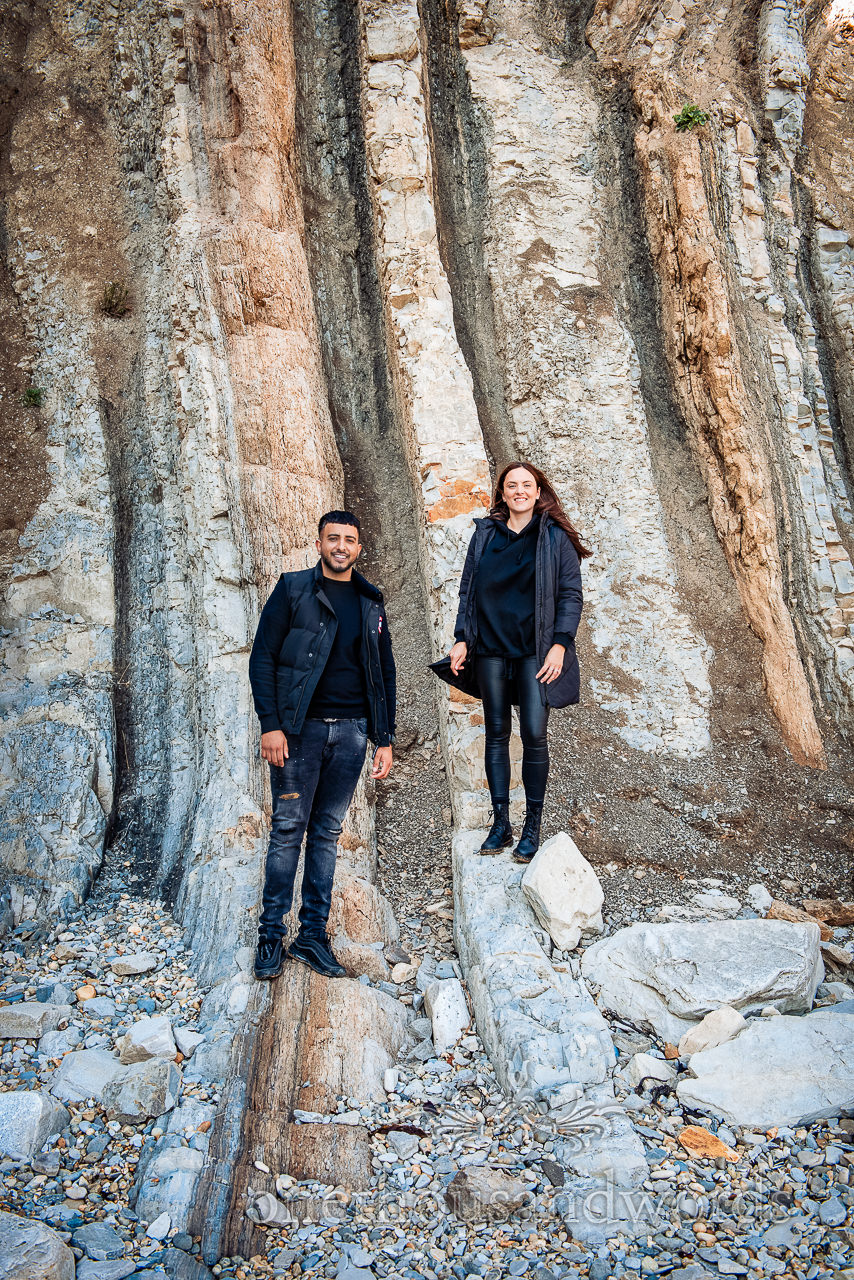 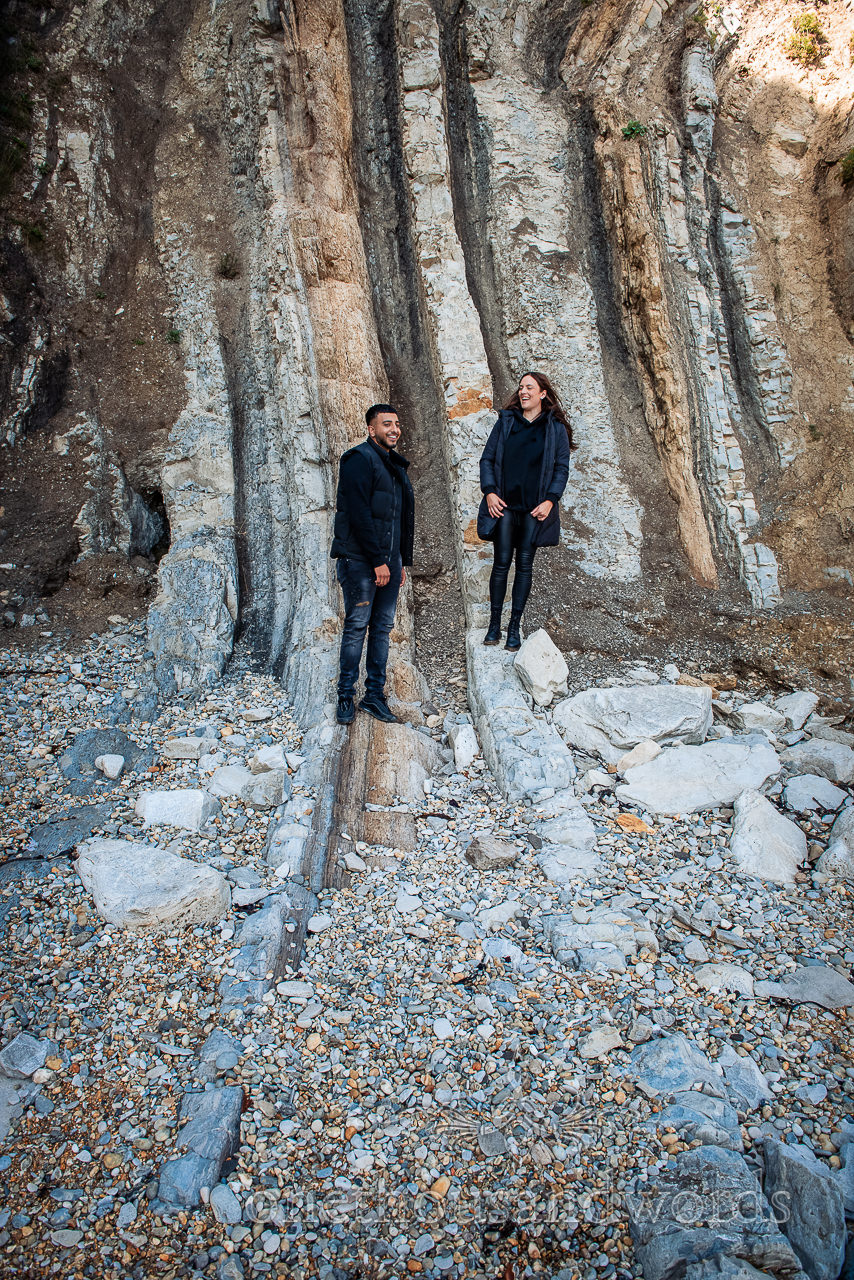 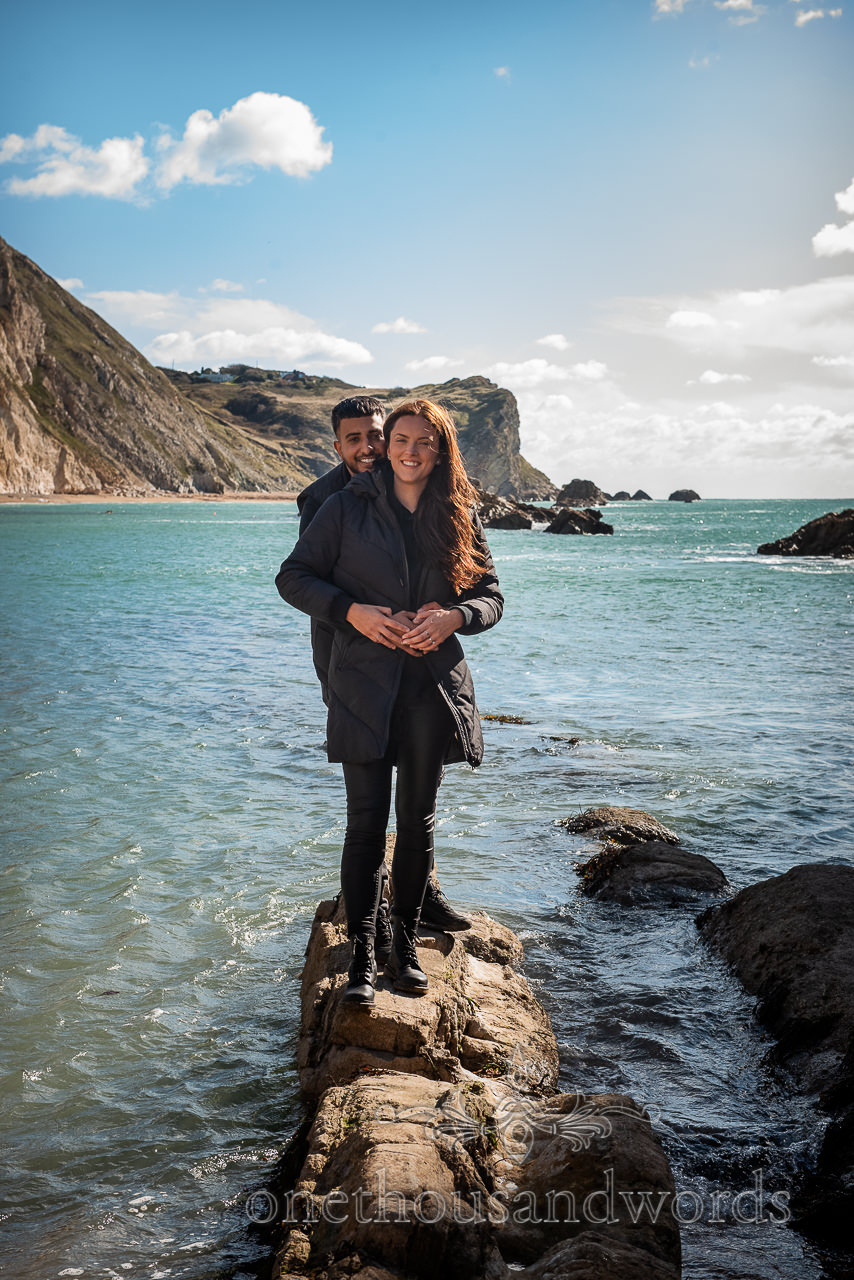 Charlotte was more than happy to show off her princess cut diamond engagement ring. It fit perfectly and you could tell from her huge smile (which grew every time she looked at it) that she loved it. 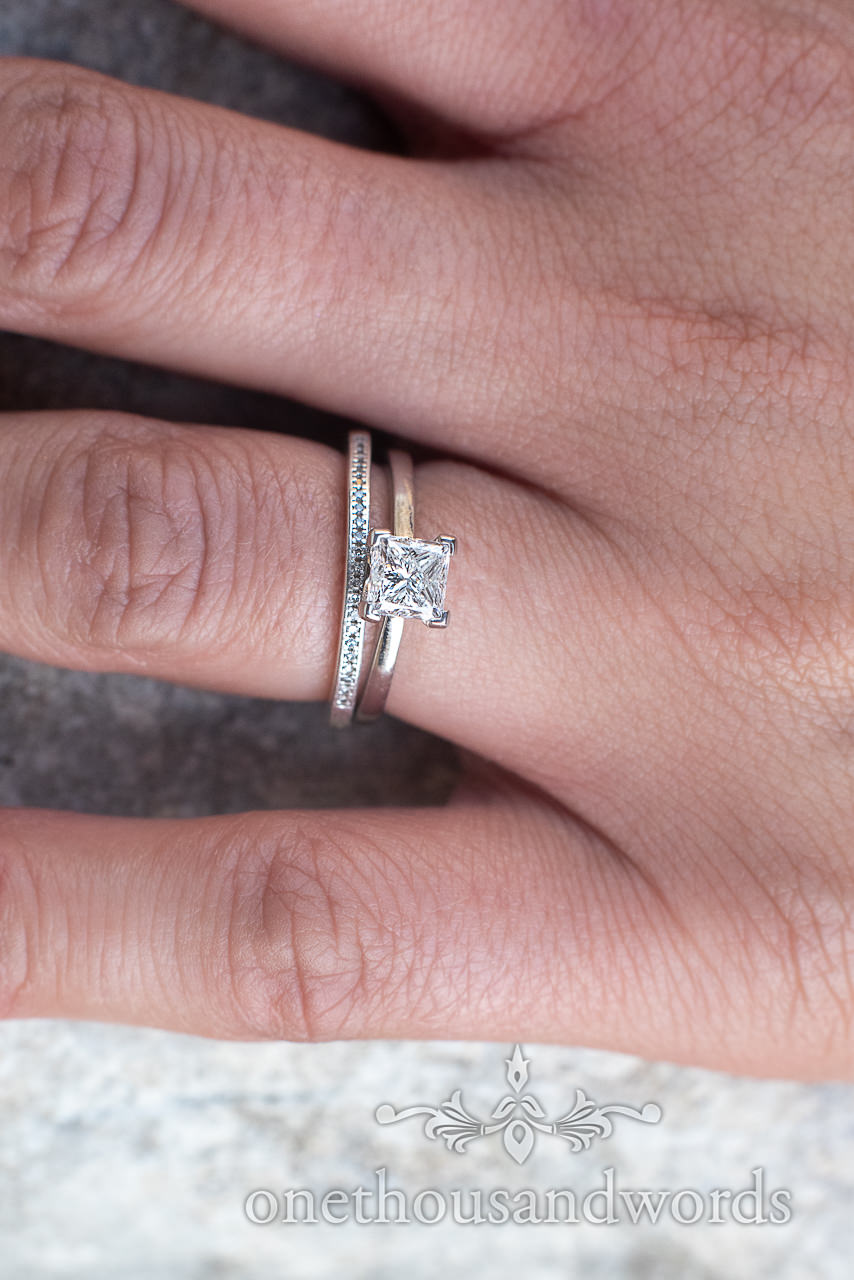 We gave the guys some more time alone to walk around the beach with the white cliffs in the background. Shooting their silhouettes from afar. 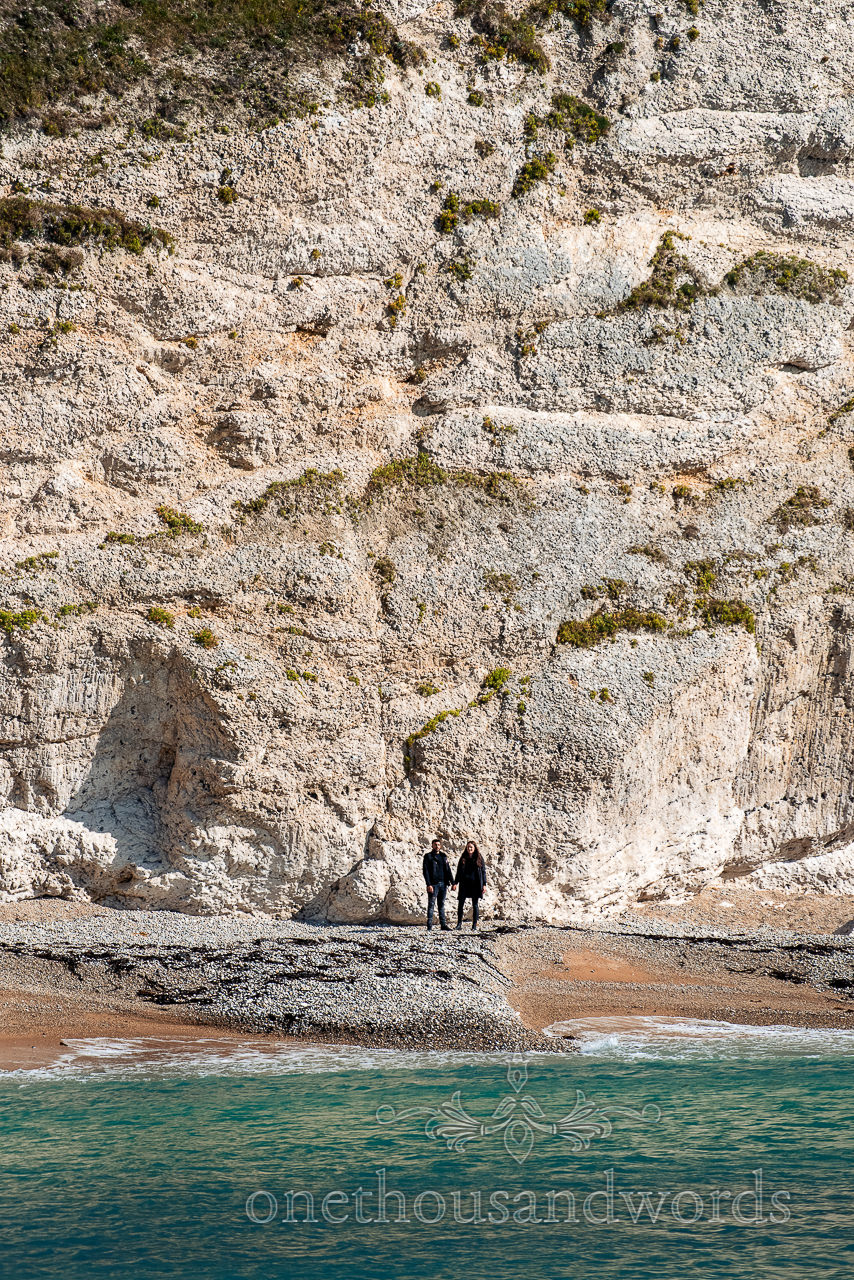 From here it was a warm slog back up to the car park. After many more congratulations and well-wishing. After their Durdledoor proposal photographs, we departed ways. 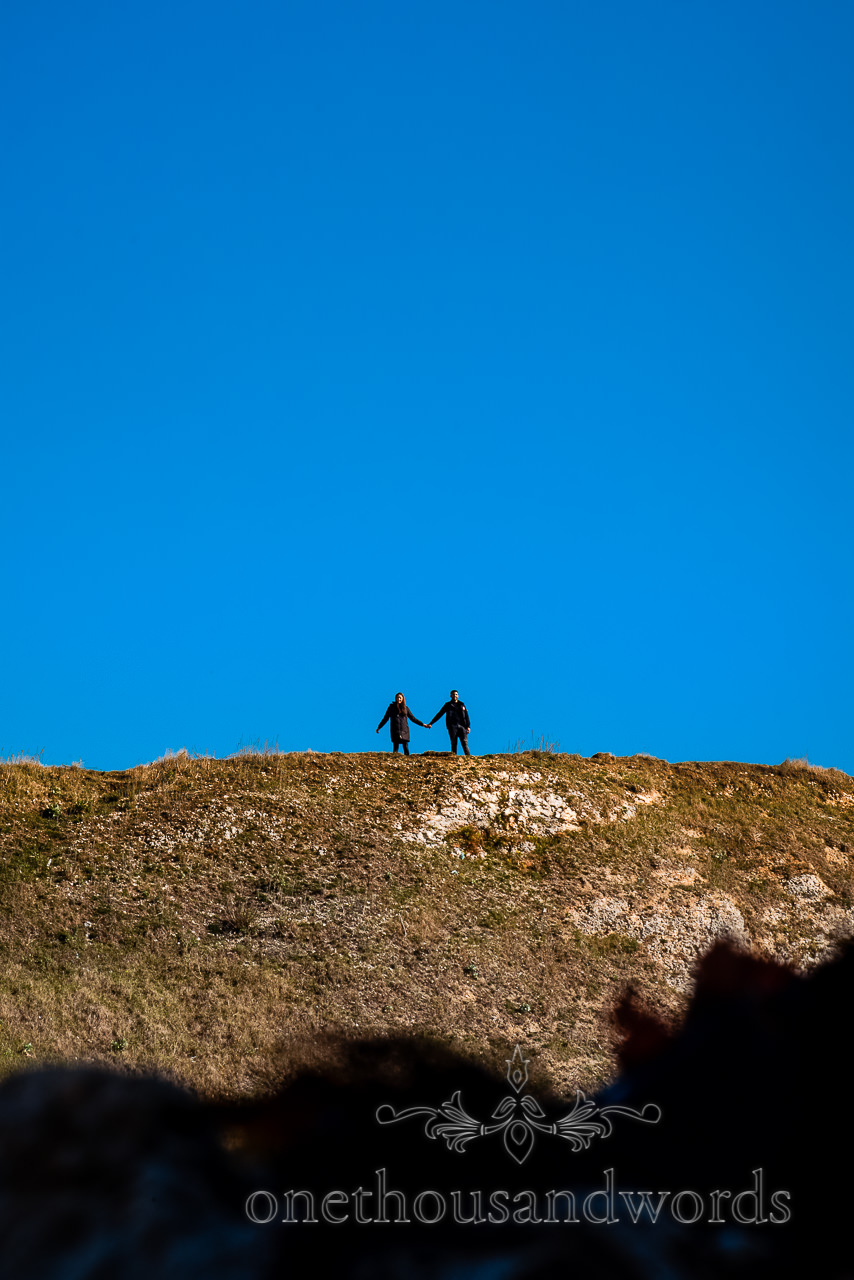 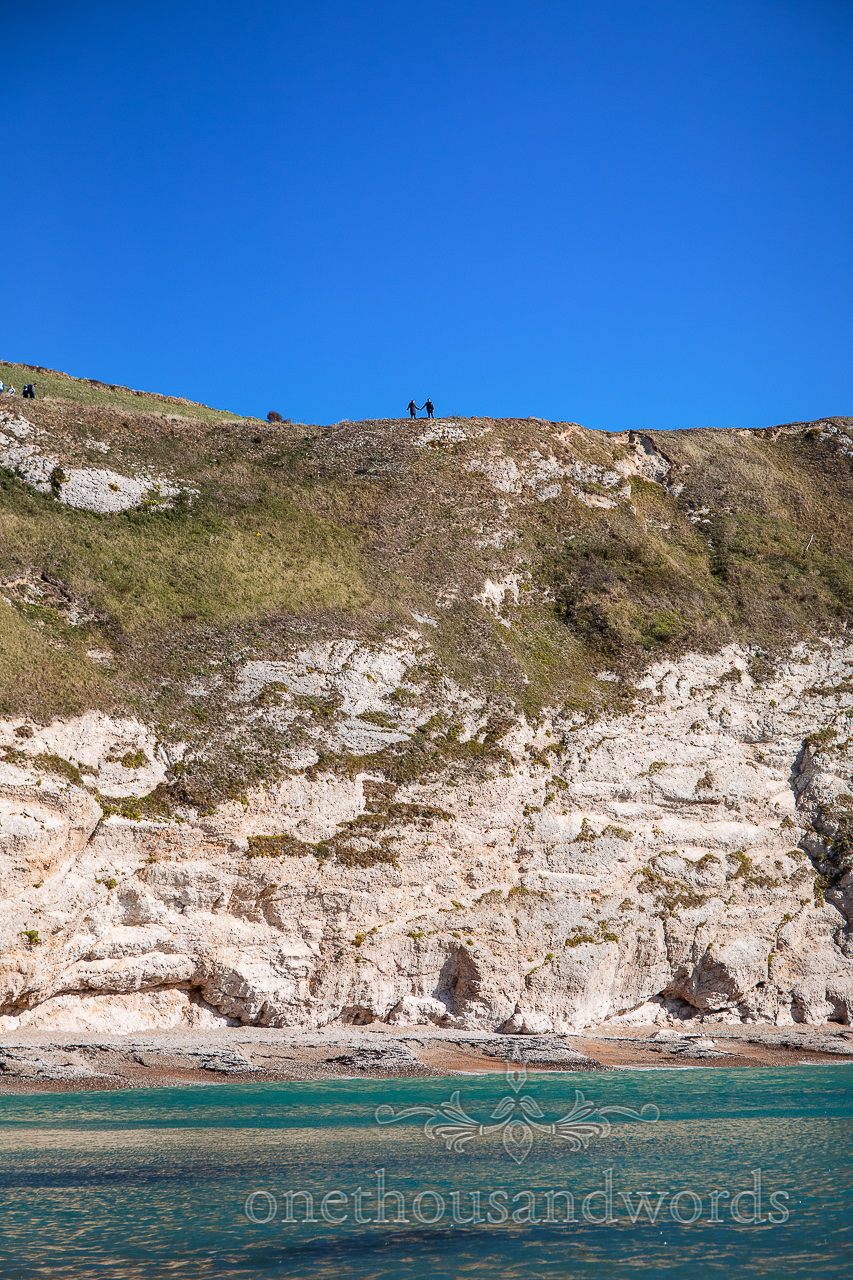 We send all the best to Rav and Charlotte, they are such a fun-loving, relaxed couple. You never know may one day see their wedding photographs here!

This site uses Akismet to reduce spam. Learn how your comment data is processed.